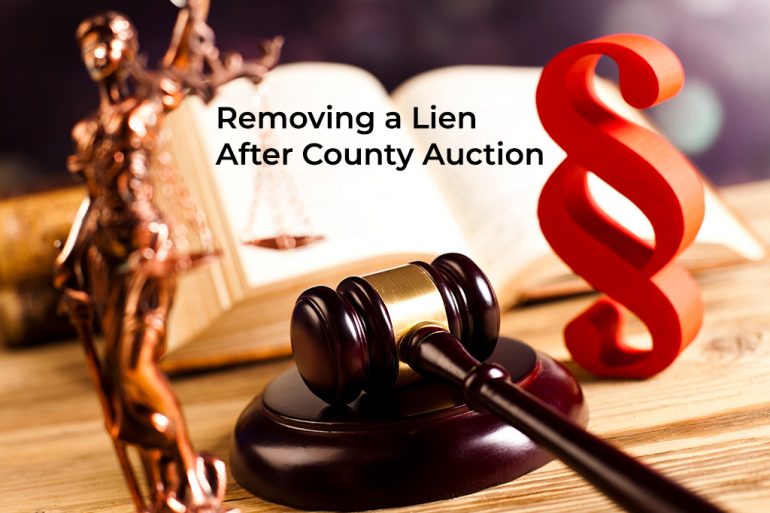 If you are a real estate investor who purchases properties at foreclosure and/or tax deed auctions, then you already know the auction is a bit of a shark tank. There is money to be made, but the industry is competitive and requires expertise and some knowledge on lien research.

This article focuses on what happens after you have successfully bid on an auction property. Sometimes you survive one shark tank only to find yourself in an entirely different one. Removing a lien from a foreclosure or tax deed property will often be necessary.

Which Liens Survive an Auction?

Tax deed sales should clear pretty much all liens and encumbrances (with a few exceptions). Foreclosure sales are not that simple, but many types of liens and claims are extinguished through foreclosure sales.

It would be fantastic to publish an article explaining in simple terms exactly what liens are extinguished under what circumstances. Perhaps someday I will make the attempt but, at the moment, there are too many factors to consider. Here are just a few:

In some cases, the analysis can even differ from county to county. Trying to give bidders a clear guide to follow would require such a complex treatise that it would not be very useful. Or worse, it could end up doing more harm than good.

There’s another problem. Knowing the law may not be enough when considering removing a lien, anyway.

Now we’re getting to the main point. My firm has extensive experience at removing a lien after an auction, which has taught us that claimants often do not play by the rules. The worst offenders are associations and municipalities, likely because they are the ones with the leverage.

For example, our firm went to two magistrate hearings. In both instances, the city was trying to get our client to pay municipal liens. It was a different city in each case, but the tactics were the same. Both cases involved properties purchased at foreclosure auction, and in both cases our client ended up paying nothing — the law is clear that those particular municipal liens were extinguished by the auction. That did not stop the city from trying, though.

Our firm started out with letters and phone calls, pointing out the law was on our client’s side and that there was no need to waste time and money with a hearing. They would not budge. Whoever was calling the shots at city hall had figured out they could squeeze money out of new owners regardless of whether the city was entitled to it.

When removing a lien, it may sometimes be cheaper to pay the city than to hire a lawyer. You have to decide just how important the principle is to you. Sometimes it’s worth hiring a lawyer to gain a reputation and avoid future hassles.

I suspect some city officials actually do the math on how

much it would cost you to bring in legal counsel, and then they make their proposal just a bit more. They figure you will be willing to pay a little more than you would have to pay an attorney for the certainty of making the problem go away.It’s an old-fashioned shakedown. Our firm charges a flat rate for fine reduction work so you can easily decide whether it’s worth it to hire us or not.

In these two cases, the fines were substantial. The client engaged, and we went before the magistrate.

Be Prepared for a Fight

At the magistrate hearing, we were eventually able to compel the city’s attorney to back down…but not without a fight. First, we had to demonstrate a thorough knowledge of the applicable law.

Once it was clear that we were right, we had to emphasize that we would ask for sanctions should the city force us to file a lawsuit in circuit court. It was a real showdown.

Here’s something else you should know: These magistrate judges are not real judges. I mean no disrespect; the magistrates are knowledgeable real estate attorneys. But it has been our experience that magistrate judges generally do whatever the city wants them to do — irrespective of the law. That is not the way the system is supposed to work, but it is what we have seen.

If you go before a magistrate on your own, there is a good chance you will end up with two choices:

The better result, of course, is to command enough respect that, when you call the city’s bluff, the decision-maker will think twice. In other words, you want to go into these hearings with a law firm that the other side knows will file suit and win.

In the end, it is mostly the thought of being sued and having to pay your attorney’s fees that keeps some of these claimants in check. Sad, but true. 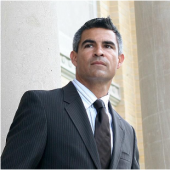 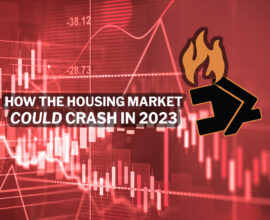 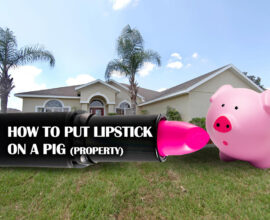 How to Put Lipstick on a Pig — Property 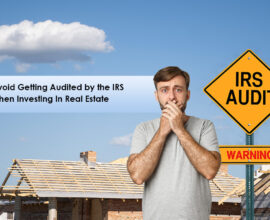 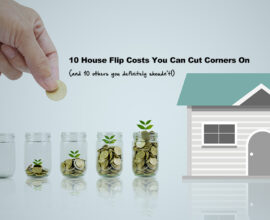 10 House Flip Costs You Can Cut Corners on but These 10 You Shouldn’t!