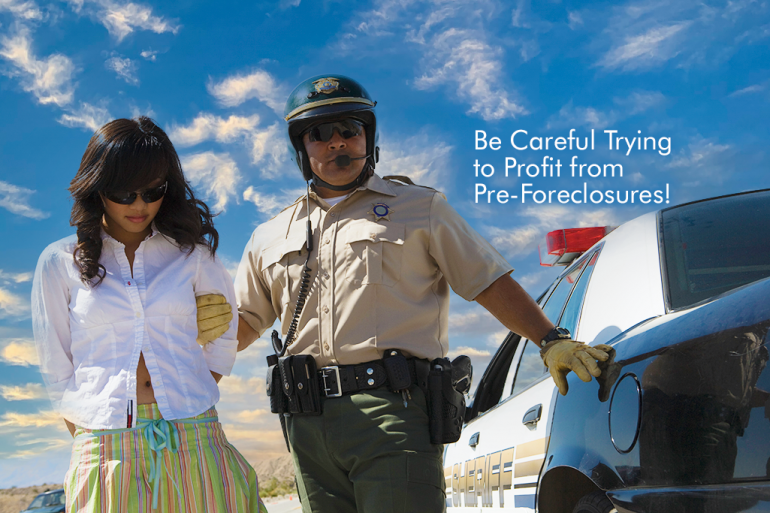 Doing this with Pre-Foreclosure Leads will Get You Arrested!

A lawsuit has begun in California where nine people are accused of being involved in a $6 million scheme that claimed to prevent the foreclosure of properties throughout Southern California, California Attorney General Xavier Becerra announced in late November.

The indictment alleges that the crimes occurred in Los Angeles, Orange, Riverside, and San Diego counties between June 2011 and March 2018.

The details provided in the lawsuit illustrate the wrong way to market pre-foreclosures.

Let’s take a closer look and see how we can ensure we do the right thing in our real estate investing endeavors.

The defendants are accused of targeting distressed homeowners by claiming they could stop the foreclosure of homes if the defendants received monthly payments.

This is their first mistake.

Instead of reaching out to distressed homeowners and simply requesting payment to stop the foreclosure process on their home, get to know their unique circumstances. Take the time to listen and fully understand how you, a real estate investor with ample experience, can help them.

Your perspective will prove valuable. By listening and learning, you will be able to educate the homeowner on the options they have. This is the first step towards building the type of trust that you will need to eventually relieve the homeowner of their debt (i.e., purchasing their property).

The defendants went on to delay foreclosures and eviction actions by allegedly filing fraudulent bankruptcy documents, false court documents, and false fractional interest grant deeds, according to the Attorney General’s Office. Another mistake.

It may sound obvious, but there is no need to file fraudulent bankruptcy documents.

Instead of filing on behalf of the distressed homeowner, take the opportunity to again educate the homeowner on what they need to do. Have them legally file the documents themselves.

By coaching them through the pre-foreclosure process and informing them of their options, you build more trust in their new relationship with you.

Once the bankruptcy documents were filed by the alleged fraudsters, the defendants sent them to the servicers of mortgage loans, which would stop the foreclosure by invoking the bankruptcy “automatic stay.” A third mistake.

How You Can Market Pre-Foreclosures Better

What can we learn from this?

If you are investing in foreclosed real estate, you can take a lot from this lawsuit.

The most important thing you want to preach in this business is doing the right thing. The defendants here set out to be conniving from the very beginning.

Instead of reaching out to distressed homeowners and immediately asking for a fee to save their home, play the role of coach.

Inform the distressed homeowner of their options. Coach them through the process of what they can do to make the most of their situation.

By doing this, you establish trust with the homeowner that increases the odds of you obtaining their home as they near foreclosure.

Instead of falsifying bankruptcy documents and committing identity theft to mortgage servicers, you will have effectively helped the homeowner shelter their largest asset from foreclosure.

This will put you in a good position to help them with the strategy you entered the deal with.

Is there an opportunity for you to buy them out by paying off the mortgage for them? The homeowners would miss out on some equity they have, but their problem would go away. In this situation, you own the property, can rent it out, and likely have some equity.

Or maybe there is an opportunity for you to buy the property subject to and assume the homeowner’s mortgage payments.

This is all part of your research process and should be established prior to entering the homeowner’s life.

The alleged scheme impacted multiple victims, resulted in a loss of about $6 million, and affected more than 200 properties, including properties with loans insured by the Federal Housing Administration (FHA) and loan servicers Freddie Mac and Fannie Mae.

Many of the homeowners involved in the scheme ended up losing their homes to foreclosure in spite of allegedly paying the defendants hundreds of dollars.

“Our objective is to ensure that the public is not taken advantage of when they have fallen on hard financial times,” said Michael Gibson, the Special Agent in Charge of the U.S. Department of Housing and Urban Development Office of Inspector General (HUD-OIG).

“Distressed homeowners are particularly vulnerable to this type of fraud. An important message has been sent today to those who prey upon homeowners who are seeking financial assistance with their mortgage and we will remain vigilant to hold them accountable. This type of fraud not only affects individual families, it also affects the housing market.”

The case stemmed from a joint investigation by the California Department of Justice’s Division of Law Enforcement’s White-Collar Investigation Team, along with the FHFA-OIG, the United States Department of Housing, and Urban Development Office of Inspector General (HUD-OIG).

“Individuals who choose to prey on vulnerable Californians at risk of losing their homes will be held accountable,” the attorney general said. “The Department of Justice will continue to work with our law enforcement partners to identify and prosecute those who disregard the law in order to make a profit.”

If You’re Going to Pursue Pre-Foreclosures, Do It the Right Way

In any pre-foreclosure deal, you find value in pursuing, you are entering the homeowner’s life to relieve them of their circumstances. Through listening, educating, and coaching, you will end up with the property and they will avoid a foreclosure on their credit report. They will feel good about the deal they made and, more importantly, who they made the deal with a win-win situation. 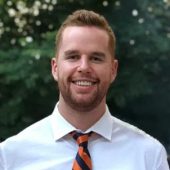 Alex Z. is a former professional basketball player with five years’ experience as a mortgage professional in the secondary markets. He is also a multifamily investor and property manager of four years, and has been tracking the economic status of the housing market and first time home buyer journey for two years now through his Instagram account (@howofhousing) and website, www.howofhousing.com. When he is not analyzing new deals, getting to know new markets, or creating content, Alex loves to travel, spend time with close friends and family, and will (one day) get a new dog and name him “Kobe”. 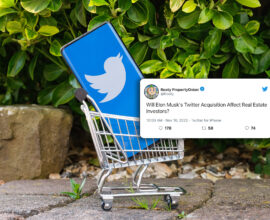 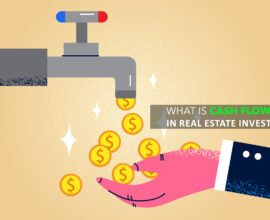 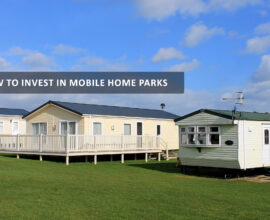 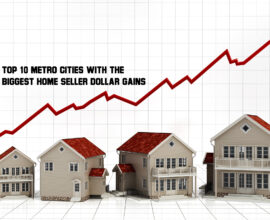