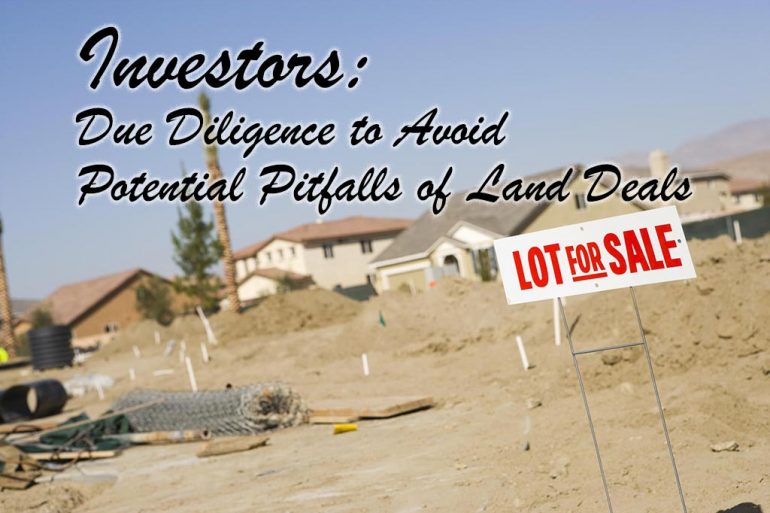 Due Diligence of Land Deals to Avoid Pitfalls of Investing

In the world of real estate, due diligence of land deals is essential, particularly for investors who are focused on turning a profit in a relatively short time frame. While many real estate investors focus on properties with existing structures, there is a segment of investors who focus primarily on land acquisitions.

In fact, land can make for a wonderful real estate investment, particularly for the long term. You can essentially avoid the hassle and expense of property management for an existing structure. There’s generally less liability, and there’s no worry about dealing with tenants, insuring the house, or making repairs when things inevitably break or require replacement. In many communities, landowners don’t even need to concern themselves with mowing the grass; it’s a task that’s performed by city contractors. What’s more, land is often available at a much lower price point, which makes an undeveloped lot a rather attractive option for inexperienced investors with less working capital.

But some erroneously assume that due diligence of land deals are a simple matter of “what you see is what you get.” While this may be true for many properties, you could encounter some very costly problems that may transform a seemingly profitable investment opportunity into a money pit. The bottom line is this: thorough due diligence is absolutely essential, whether you’re looking to invest in a roomy six-bedroom luxury home or a vacant lot. Let’s examine a case study on why due diligence is so vital for this type of real estate.

Due Diligence, Vacant Lots and a Very Unexpected Tax Bill

In June 2017, the Cape Coral City Council voted to move forward with the long-delayed Cape Coral Utilities Extension Project, which involves the installation of city water and sewer pipes in the northern regions of the gulf coast city, situated just north of Fort Myers, FL. Approximately 8,900 parcels are affected by the project, which is expected to be complete by August 2019, according to an article in the News-Press.

While a casual observer may assume that the installation of utility lines would be a positive event, residents and property owners—real estate investors included—have expressed dismay and even outrage over the project. The reason: each property owner will be required to foot the bill for their new water and sewer lines—and it’s not optional or cheap. The News-Press reported that an owner of a typical 10,000 square foot lot will pay approximately $20,800 if the property owner opts to pay the bill in a single lump sum. If the property owner pays the fee over time, interest will be applied, potentially inflating the sum by many thousands of dollars.

This has prompted many landowners to list their lots for sale. While a property with a home can essentially absorb the $20,000+ fee thanks to gradual rises in home values, it will take much longer for an empty lot to see an equivalent rise in value. What’s more, investors are faced with the prospect of paying tens of thousands of dollars out of pocket, or face added interest.

The impact of this utility project is amplified for investors with multiple lots. In fact, it’s driving many landowners to sell. That’s what Dan and Ginny Henley decided to do with their eight lots; otherwise, they were facing tax bills totaling nearly $175,000. The retired couple purchased the lots as investment properties about a decade ago, when the local real estate market crashed and land values bottomed out. As such, the $20,000+ per lot tax assessment far surpasses what they originally paid for each property. So like many more casual investors, they’ve decided that now is the time to sell.

But it’s fair to assume that not every property owner is going to be forthcoming about the impending tax hit. In fact, if the property owner lives out of state—and many do— there’s a chance they may not even be aware of what’s coming down the pipeline.

No matter how you cut it, a $20,000+ tax assessment would be a nasty surprise for a real estate investor who failed to perform due diligence prior to buying a lot. In fact, it’s a scenario that could lock you into holding the property for an extended period of time in order to allow the land to gain sufficient value so it offsets the expenditure. This is a perfect example of why due diligence is so important, even if you’re acquiring a vacant plot of land.

Due Diligence of land deals With Auctions

City or county-hosted auctions are a common source of affordably-priced properties. While most auctions involve an actual structure such as a house, there are some cases where you have an auction for undeveloped land. Less experienced real estate investors may assume that an empty plot of land is unlikely to represent a risky or downright costly investment property, but this simply isn’t the case. Due diligence is just as important for a vacant lot as it is for a developed lot.

Here are just a few issues that could transform a seemingly great piece of land into a really bad investment.

With land, there’s little room for error in terms of financials. This is particularly true if you plan to maintain the property as undeveloped land. Let’s say there’s a secondary lien holder for a sum of $8,000. You would likely have to hold a vacant lot for an extended period of time before you could absorb that $8,000 sum and turn a decent profit. But if you were to build a house on the land, it would be far easier to absorb that $8,000 hit while still making a good profit. So when you consider it from this perspective, due diligence of land deals is actually more important if you’re going to acquire undeveloped land. With the right research and thorough due diligence, you’ll be in a great position to maximize that take-home sum when all is said and done. 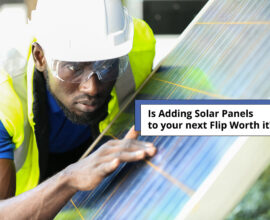 Is Adding Solar Panels to Your Next Flip Worth It? 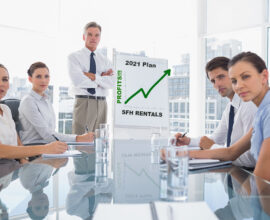 Why Institutional Investors Are Buying Up Single Family Homes 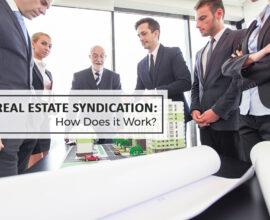 What is a Real Estate Syndication & How Does it Work?