People are absolutely flocking in droves to the sunshine state as the “Golden State” loses its Luster!

In recent months, over 950 people have been moving daily to the Sunshine State of Florida from high-tax northern states such as New York, New Jersey, and Connecticut and the western states Washington and California. People are fleeing these locations in droves amid the COVID-19 pandemic for sunnier shores.

Why Make the Move?

Many folks who came to the Florida shores as snowbirds are now deciding to make the Sunshine State their year-round home to avoid high taxes, increases in homelessness in some urban cities, and highly congested traffic, especially in cold winter weather areas. People are also becoming concerned that a second wave of COVID-19 could hit these areas harder during the flu season.

“Consumers should know different regions of a state aren’t all the same. Some parts are more urban, and some are more community-based, others are less dense and have a slower pace,” says Jay Phillip Parker, chief executive officer of Douglas Elliman in Florida.

In a new state, you may find that there is less of a lively social scene or nightlife than what you are used to, or you may have to make the change from taking public transit to primarily driving. Post COVID-19, this may better suit your lifestyle anyway.

In Palm Beach County, new single-family home contracts saw a 268% increase year on year on $1 million–plus new homes. The luxury end of the market soared across the major South Florida markets as well as in the Tampa and St. Pete areas.

Parker says multimillion-dollar sales in Palm Beach and Miami have snowballed. “The pandemic is one of the many elements that have contributed toward what we have always known to be a natural migration. We’ve been referred to as the ‘sixth borough.’”

The Sunshine State’s population has reached 22 million, according to the World Population Review, which is up 17% from 2010 and still growing strong.

Jill DiDonna, senior vice president of sales and marketing at GL Homes (which has built a new development called Boca Bridges), says, “We have seen unprecedented demand from all over the country, but certainly New York, New Jersey, and Connecticut.” Since May 1, 2020, this development has sold over 102 homes for an average of $1.7 million.

Weather and beaches aside, moving for tax purposes is also a major draw for people leaving other states. Florida residents pay no estate tax or income tax and may also receive a homestead exemption of up to $50,000 on a primary residence. There is also the added benefit of a 3% annual cap on home assessments. That’s all very appealing alongside the bonus of hanging out by the swimming pool on a balmy winter day.

Florida has always been a kind of tax haven for some wealthier immigrants to the Sunshine State. It’s even cheaper relative to other high-tax states negatively affected by the Tax Cuts and Jobs Act (TCJA).

Previous tax law allowed for the deduction of state income tax and municipal taxes for the purpose of federal tax. The new tax law made it very expensive to own a primary home in New York. Under the new law, the amount of state and local taxes (SALT) deductible for federal tax purposes was limited to $10,000. Nearly half of Manhattan’s taxpayers that had taken SALT deductions in the past had over $60,000 in average deductions.

Florida’s homestead exemption allows a primary residence of unlimited value to be protected from creditors if the debtor has lived in Florida for more than 40 months, which differs from many other states.

As mentioned, Florida has no estate tax either, which means assets are only subject to federal tax. Estate tax, sometimes called “death tax,” is a tax on property (stock, cash, real estate, or other assets) transferred from a deceased person to his or her heirs. The federal estate tax code allows for the exemption of $5.85 million for US citizens and primary residents.

Those thinking of a move currently must also consider the record low for mortgage rates.

Back in April 2008, rates were at 6.04%; they are now hovering around 2.65%. Meanwhile, the average interest rate on a 15-year mortgage has hit a new low of around the 2.5% mark. Many prospective buyers have been rushing to capitalize on these low rates, which has also bolstered the upswing in the housing market.

International buyers also look to Florida as a place to move to. In 2019, the Profile of International Residential Real Estate Activity Report stated that 71% of foreign buyers had a primary residence located abroad. Florida’s top five foreign buyers were from Canada, Brazil, Argentina, Venezuela, and Colombia. Top destinations included:

The Sunshine State Has It All

While there are many facets to consider before immigrating to the Sunshine State, there are certainly many benefits. The lifestyle, tax benefits, and weather are all convincing reasons to make the move, especially when leaving a state that has lost its luster. 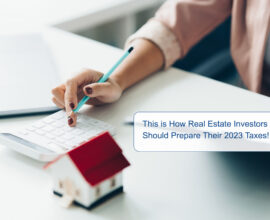 This is How Real Estate Investors need to Prepare their 2023 Taxes! 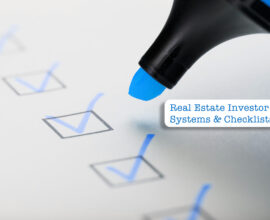 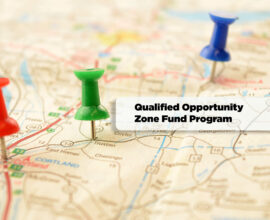 How to Locate And Buy Hurricane-Damaged Homes?