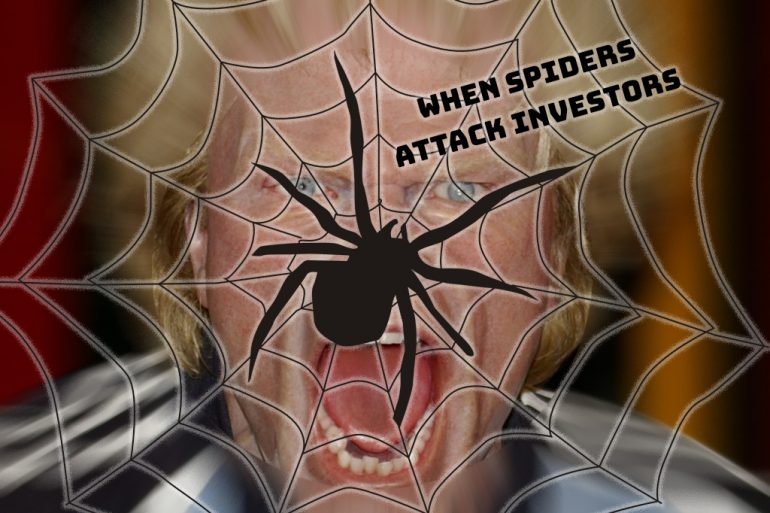 The Itsy-Bitsy Spider Crawled Up The Waterspout……

You know how that nursery rhyme goes, I’m sure?  Our #1 investor & reader who just happens to be our founder Tony Stern, sent us this cautionary tale about scouting out land properties at the Palm Beach Tax Deed Auction.   There are many properties you end up walking and it’s easy to forget that here in South Florida and there are monsters lurking in the tropical undergrowth.

This month yours truly, two brave lady realtors and a burley 6-foot-tall ‘ground-up’ contractor were scoping out some land with me that was coming up for auction in Ocean Ridge, Palm Beach County.

I pointed out that we needed to get closer to the waters edge, which meant going through some relative dense vegetation. The lady realtors who always come well prepared to look at wet land in patent high heel dance shoes and short skirts all trooped off with me towards the water, I could see the girls were enjoying every minute of their visit as they were clawing their way through the swampy mud.

Gary the contractor bound ahead swishing through the low hanging branches of the Aspen Trees.

Suddenly we all heard a shrill followed by a very loud and profoundly bad expletive in a quaint Brooklyn tone. This was especially distinctive and well enunciated against the backdrop of a hushed undergrowth.

Gary not known for employing the full spectrum of the English language at the best of times came running back towards us from the undergrowth clutching his right arm with his left hand exclaiming he had been bitten. My first thought as the caring sort of person that I am, DRAMA, all I need, this gorilla of a man has been bitten by a red ant and he is running around like a screaming banshee.

The ladies turned east and marched as best as they could towards the obligatory Land Rover that they arrived in, I went to console Gary who by now was very emotional and claiming the imminent amputation of his arm, and whatever bit him I certainly was not going to suck it out, funny really, at that moment in time I was going through my visual rolodex of alternative house builders. 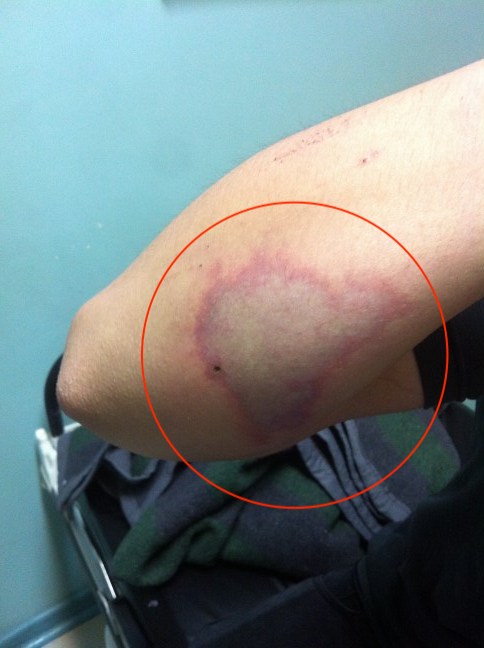 I must say the large red swelling on Gary’s right arm did not look pleasant and Katia one of the agents decided Gary would be best served going to an urgent care facility that she knew in Delray Beach. Before he left I asked, “what do you think bit you”?

Gary said he had no idea, well he answered somewhat differently but this is a family readership, so I filter for the sensitive amongst you. “I grabbed a branch by the upturned boat, and all of a sudden I felt a sharp stinging sensation at the top of my arm, I also got a mouthful of spiders web so it must have been a spider I guess” So Gary went with Katia to the Urgent Care for Amputation and I curiously went to where Gary said he had got bitten.

As I approached the upturned boat and the various branches that Gary had unceremoniously snapped I saw several ground to tree spider webs dotted around the undergrowth. Then I saw it this hand sized fury monster with black evil eyes, in fact I counted at least half a dozen of them doted around the vicinity. Out came the cell phone and you will see the resulting snaps above and below. 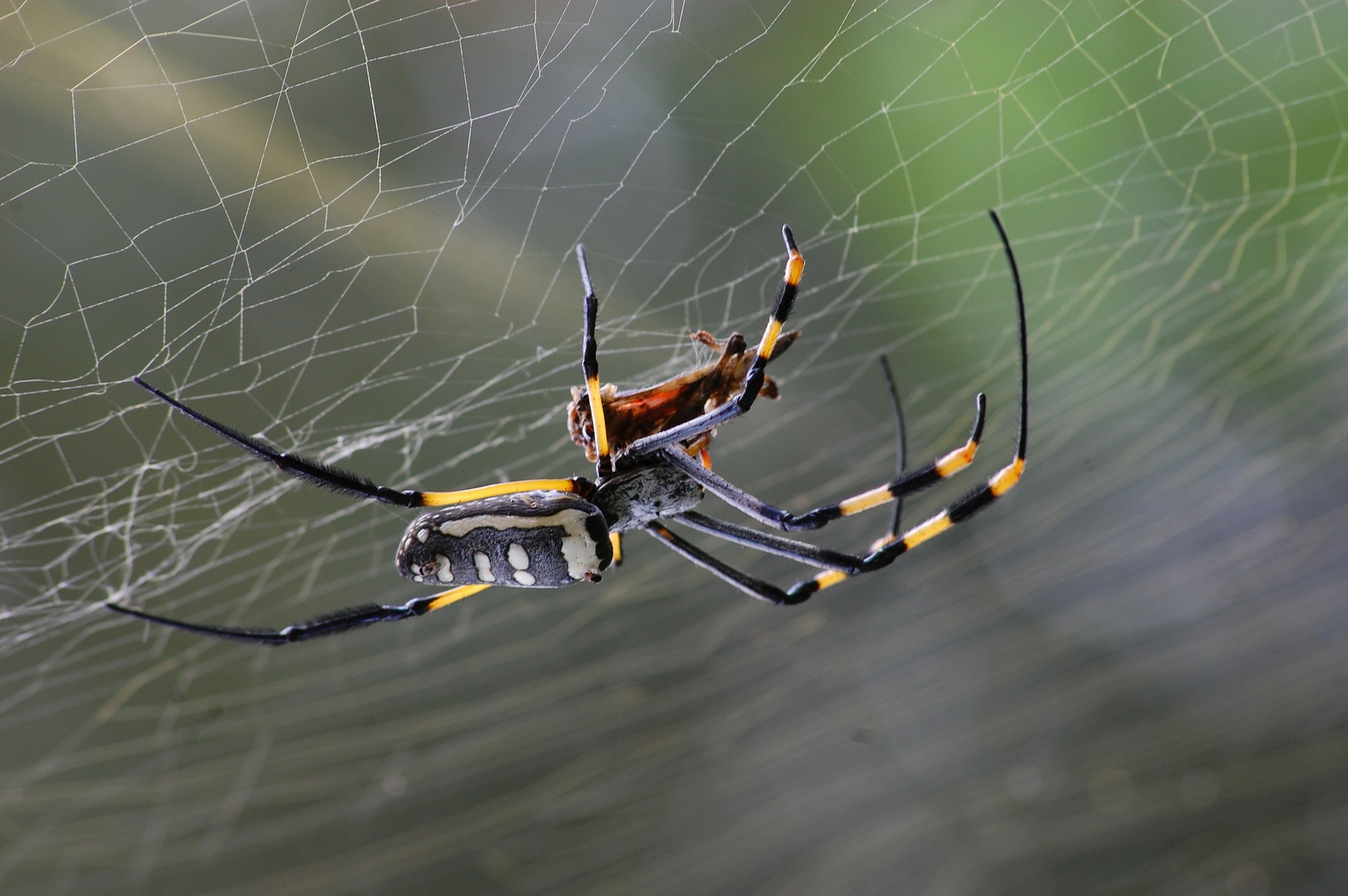 I later found out that this brute is called a Banana Spider or for the more educationally thirsty amongst you a Nephila Clavipes. There is little real danger from an encounter with this spider. The spider will bite only if held or pinched, and the bite itself will produce only localized pain with a slight redness, which quickly goes away. On the whole, the bite is much less severe than a bee string which accounted for much more red on Gary’s face than on his arm when he tried to find the bite site for the doctor, but he seemed to have a severe reaction to the poison.

So all’s well that ends well except for one thing, I came in the Land Rover with the realtors that had whisked Gary off to the Urgent Care, my cell phone which was already low on battery completely died after I took the pictures of the spider and posted them on every social media platform known to man and worse of all the land well mostly swamp was not even close to being worthwhile to chase at an auction.

A nearly two-mile hike to the gas station where they kindly after two minutes of begging in my broken Spanish and hand gestures let me call the ladies to come and pick me up which they did forty-minutes later!

The really funny and completely true ending to this episode is Gary ended back in the Urgent Care albeit in Deerfield beach the very next day after the nail gun got him in the left hand while framing, I’m sorry I have to admit I did laugh when I heard this news, you have to love this business, don’t you?

Lesson learned, when looking at Palm Beach land deals, make sure you are wearing longs pant, boots & gloves. Also make sure you leave your “Gary” at home! 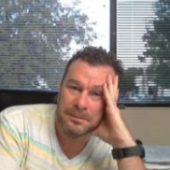 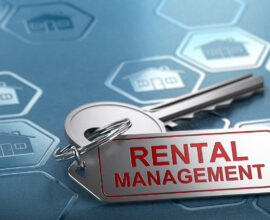 Managing Your Own Rental Properties as an Investor 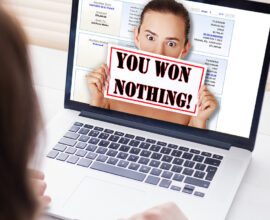 Won an Auction? The Certificate of Sale Entitles you to NOTHING, Here’s Why