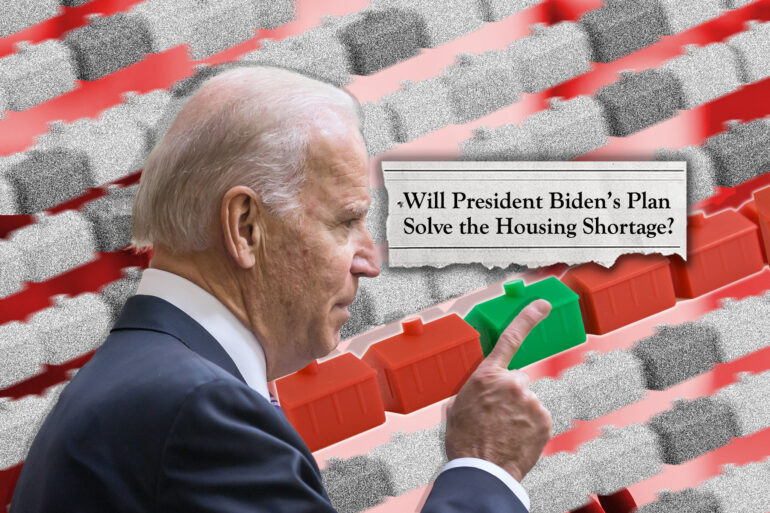 Rising interest rates, unfettered inflation, and an extensive housing shortage — for many, every day feels more like a dystopian novel. For real estate investors, the current situation is a double-edged sword.

On the one hand, the shortage of inventory means both sale and rent prices are going up, which could lead to greater profits for landlords and house flippers. On the other hand, inflation has led to higher costs to maintain rental properties, and buying new properties is more complicated than ever. That’s not to mention the number of people looking for housing within their budgets that just can’t seem to find relief.

To help battle the housing crisis, the Biden administration recently released a proposal to alleviate the housing problem called the Housing Supply Action Plan (HSAP). The plan includes legislative and administrative action aimed to increase the supply of quality housing over the next few years.

While the HSAP is currently in the proposal stage, it could be the first step toward helping the housing crisis. The initial plan has received some praise from experts, but most people believe the plan as-is will take longer to impact the housing market than expected.

Will this new housing plan solve the housing shortage, or will it be too slow to make a positive impact?

The Scope of the Problem

Whether you’re a new real estate investor or a seasoned veteran, you already know that the housing and rental market has been hot over the last few years. Even with recent interest rate hikes, the market is still as competitive as ever, especially in larger, popular cities.

According to Forbes, the active number of homes listed fell from 22% in 2020 and 41% in 2019. There are just fewer homes being sold today than there were a couple of years ago. The homes that are going for sale are in high demand, with most houses going under contract in one to two weeks and selling above list price.

It’s economics 101. When there is a high demand for something and a small inventory, prices soar. According to Moody’s Analytics, the housing market is short about 1.5 million housing units, and the National Association of Realtors (NAR) estimates that the shortage is actually closer to 5.5 million units.

Even though those are two very different numbers, the bottom line is that a significant housing shortage has led to record-high prices for new construction, home sales, and rentals.

The comprehensive Housing Supply Action Plan is meant to hit the housing shortage. The plan is supposed to close the housing shortfall in five years. The HSAP contains four significant points:

Land Use and Zoning Reform

Many properties are zoned in ways that don’t allow for new apartments or homes. Real estate investors and developers are all too aware of some of the restrictions that exist out there. The HSAP looks to reward local governments and municipalities that revamp their zoning to allow for and encourage more building projects.

The Urban Institute believes that these types of reforms could lead to an additional one million accessible dwelling units being built over the coming years. Real estate investors tend to favor this option as it would allow more efficient use of single-family homes by adding guest houses, apartments above garages, etc., that can be rented.

There are already several federal financing programs meant to help create and preserve affordable housing. Sadly, these programs are often ineffective or wrapped in so much red tape that they aren’t worth pursuing.

The HSAP wants to streamline the process to make funds more easily accessible. We can expect to see the expansion of the Low-Income Housing Tax Credit (LIHTC) and the creation of a Neighborhood Homes Tax Credit (NHTC) that will work with existing local, state, and federal programs to create and preserve affordable housing nationwide.

The proposal could lead to half a million affordable housing units and 800,000 new rental units for low-income tenants.

The last few years have been huge for real estate investors. In 2021, it was estimated that investors made over 25% of all home purchases. The HSAP wants to encourage the Department of Housing and Urban Development (HUD) to sell its inventory to owner-occupants.

HUD has an inventory of about 125,000 units that could be renovated and sold to buyers who plan to live in the homes instead of selling to investors.

The current cost of materials and labor is partly responsible for the sluggish pace of new home creation. The HSAP calls for partnership with the private sector to build a more efficient supply line that should bring down material costs.

This part of the plan also wants to encourage the construction of modular and manufactured homes that are much more cost-effective. Adding these kinds of less-expensive homes will bring down the average home cost.

The critical thing to note is that the HSAP is currently just a proposal, and none of the recommended actions have been put into effect. Considering the current political climate, there will likely be objections and changes made to this plan before it can be turned into action.

The initial response has been somewhat favorable, with people praising the plan as a great first step. Supporters believe that government intervention is a critical step in balancing the out-of-control housing market. There’s also the belief that this plan could lead to the creation of more construction and service jobs that revolve around new homes.

Critics of the plan believe that it isn’t doing quite enough and changing the direction of the housing market isn’t something that can be done quickly. While the plan calls for five years to see a change, many experts suggest it might take closer to an entire decade or more. Other critics are wary of encouraging zoning changes as it might kill development by mandating too many units below the fair market rate.

It’s hard to say whether the plan as-is will be sufficient to make positive changes in the housing market, especially since the HSAP is still in its infancy. For real estate investors, especially those who deal in new construction, a move towards a more regulated and balanced market could be a good thing.

The current situation has led to new construction stocks dropping by as much as 40% for some builders. A resurgence of new build homes would help stocks rise as well as create new inventory for investors to purchase.

While it’s easy to speculate what will happen as the HSAP is put into action, only time will tell if this government interaction eases the housing burden and stabilizes pricing. For the moment, the market is still costly and competitive. Whether this is a good or bad thing depends on whether you’re the one with a property to rent/sell or the one looking for an affordable place to live. 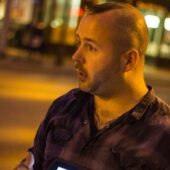 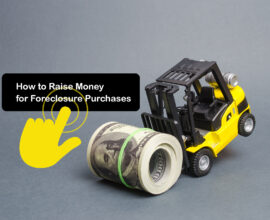 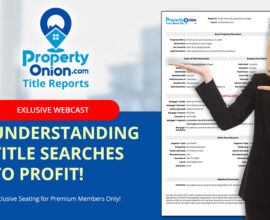 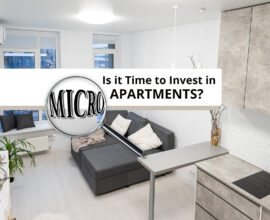